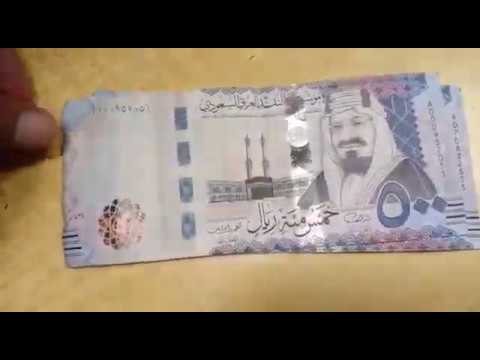 2 years of PTI with the economy

As PTI comes onto two years, I felt like making this post on account of seeing multiple people supporting PML-N for having an allegedly better economy for Pakistan, particularly with allegations present that PTI has done nothing for the economy. So here's a short list of some major achievements done by PTI in contrast to PML-N.
This is by no means a highly comprehensive list, just my opinion on some of the bigger achievements; saving the economy from defaulting, adopting tax reforms, tourism reforms, export reforms among them whilst managing covid and economic stability with relative success.
There are of course a multitude of other factors, successfully avoiding a blacklist from the FATF, macroeconomic reforms, attempts to strengthen the working class; ehsaas programs, Naya Pakistan housing schemes alongside other relief efforts. These are measures in accordance with curtailing the effect of increasing taxation and attempts to abate the economic slowdown that came as a result of forcing an increase in government revenue. Alongside the focus on multiple new hydroelectric dams, industrial cities, reduction of the PM office staff from 552 to 298, 10 billion tree project and an overall renewed interest in renewable energy and green Pakistan. The list is comprehensive.
Pakistan remains on a rocky path, it is not out of the woods yet. Covid-19 has seriously hampered the overall projections, and caused a worldwide economic contraction. Not only that, but there are criticisms that can be attributed to the government as well, as they are not without fault. However, the overall achievements of the government with regards to the economy do present hope for the long-term fiscal policy and development of Pakistan.

Some news you may have missed out on part 75.

"We Don't Want This to be a 'Run and Gun' type of game" they said, (and thoughts on how to fix Trader economy)

TL;DR: Current state of servers promote terrible gameplay, introduce a Forex trader to buy any currency at a loss to help keep the economy flowing.
"We don't want this to be a run and gun type of game" - I remember reading the BattleStateGames devs saying.
And yet here we are, with those very mechanics being abused because the "desync" (what I would call "peekers advantage" from good ol' Counter Strike days, or what Battlefield players would call "Netcode") is the absolute worst I've seen in any game that I've personally played so far.
Since Scav aimbotting has decreased, it increased the amount of PVP combat that we've been seeing. If you want to win an engagement, simply be the faster-moving person around a corner. Even if your reaction time is at its worst, you will easily out-gun the other person. Instead of opening doors, breach them. By the time you're done kicking on their screen, you'll be filling them full of lead on your screen!
These kinds of situations make it counter-productive to bringing any higher-level gear, thus causing a hoarding problem. And now that we have a hoarding problem, everyone is trying to sell as much as they can to traders and buy little in return, which is why we have a hatchling problem because if you risk no loot, you have an infinite reward ratio.
If this game wants to see a circular economy, it has to reward just that. And you can't have a flowing economy if you're giving an advantage to those with no loot via terrible netcode. No one wants to buy from a seller if they know that it's a losing investment against having never bought anything at all.
Right now the only real path to growing your wealth in game is being a hatchling, as when you inevitably will die, you can still store things in your container. Do that successfully 2 or 3 times and bam, you have a PM.
But when you spawn in with the PM and get instantly killed to a hatchet from desync/netcode/clientside hitreg/peekers advantage, then you realize that the only way to really profit is by either abusing the game's netcode problem, or by not risking anything at all.
So now we have no one even buying the bare essentials off of peacekeeper, and prapor runs out of money now and then. The good thing I guess is that Fence is seeing some actual action now, but even that's limited.
Even if the netcode issues are fixed, that may not fix the attitude of ever-seeking the most minimal of profits, which would mean we still see the traders running out of money.
But I have an idea on how to fix that as well from having experience of being an actual Foreign Exchange trader. You could simply introduce a Trader that buys and sells currencies at variable rates, so he always profits!
Say you have hundreds of thousands of rubles, but only a thousand dollars, and only level 1 Peacekeeper that you would like to level up. You know you could sell Peacekeeper a freshly bought AK from Prapor for about 100 dollars, but he's always out of money, so what do you do? Currently, you wait at the trade screen and hit refresh to see if anyone with a higher level PK bought something from him, and once you see he has a little cash, you hit "deal" and then suddenly, he's already out of money, so it boots you back to the main menu.
But with the Forex trader, you could instantly buy $250 worth of rubles, and then buy the p226 that you wanted to play with, and also you helped level up your trader AND Peacekeeper has more money to give to someone else!
If you made it this far, thank you for reading my autistic rage/suggestion/feedback.